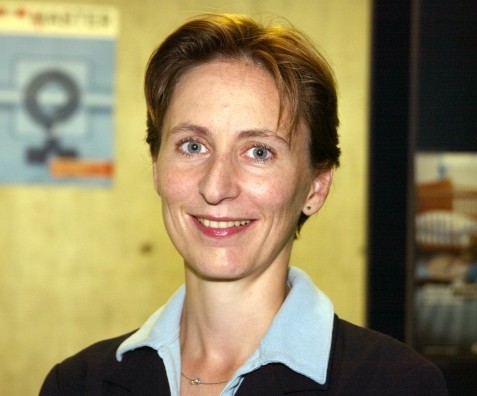 Title of the talk: Machine learning for robots to think fast in the face of unexpected events

Aude Billard is full professor and head of the LASA laboratory at the School of Engineering at the Swiss Institute of Technology Lausanne (EPFL). She was a faculty member at the University of Southern California, prior to joining EPFL in 2003. She holds a B.Sc and M.Sc. in Physics from EPFL (1995) and a Ph.D. in Artificial Intelligence (1998) from the University of Edinburgh. She was the recipient of the Intel Corporation Teaching award, the Swiss National Science Foundation career award in 2002, the Outstanding Young Person in Science and Innovation from the Swiss Chamber of Commerce and the IEEE-RAS Best Reviewer Award. Her research spans the fields of machine learning and robotics with a particular emphasis on learning from sparse data and performing fast and robust retrieval. Her work finds application to robotics, human-robot / human-computer interaction and computational neuroscience. This research received best paper awards from IEEE T-RO, RSS, ICRA, IROS, Humanoids and ROMAN and was featured in premier venues (BBC, IEEE Spectrum, Wired). 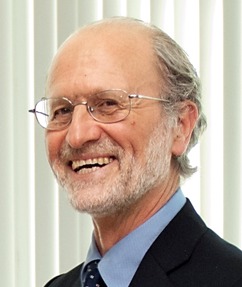 Title of the talk: tbd

Paolo Dario is full Professor of Biomedical Robotics at the Scuola Superiore Sant’Anna (SSSA), Pisa, Italy. He has been Visiting Professor at Brown University, Providence, RI, USA; at the École Polytechnique Fédérale de Lausanne (EPFL), Lausanne, Switzerland; at the École Normale Superieure de Cachan, France; at the College de France, Paris, France; at the Polytechnic University of Catalunya, Barcelona, Spain; at Waseda University, Tokyo, Japan; at Zhejiang University, Hangzhou and at Tianjin University, China. His main research interests are in the fields of medical robotics, bio-robotics, bio-mechatronics and micro/nano engineering and robotics. He is the coordinator of many national and European projects, the editor of two books on the subject of robotics, and the author of more than 500 scientific papers (300+ on ISI journals). His H-index (ISI Web of Science) is 48 (so he is in the list of Top Italian Scientists). Prof. Dario has been and is Editor-in-Chief, Associate Editor and member of the Editorial Board of many international journals. He has been program chair and plenary invited speaker in many international conferences (including IEEE ICRA, IROS and EMBC). He has been also the General Chair of the 1st IEEE RAS/EMBS Conference on Biomedical Robotics and Biomechatronics (BioRob 2006), and of the IEEE International Conference on Robotics and Automation (ICRA 2007). He is also a member of the Board of the International  Foundation of Robotics Research (IFRR) and a Fellow of the School of Engineering, University of Tokyo. He has served and serves in many Boards and Committees, including the IST Advisory Group (ISTAG) of the European Commission (two terms), the Horizon 2020 Advisory Group on Societal Challenge 1 ‘Health, demographic change and wellbeing‘ of the European Commission, the Technology Council of ST Microelectronics, the International Scientific Committee of the Institute for Bioengineering of Catalonia (IBEC), the Global Agenda Council on Robotics and Smart Devices of the World Economic Forum, the Scientific Advisory Board of the Advanced Robotics Centre of the National University of Singapore, and the Board of Directors of the euRobotics AISBL, the entity promoting the creation of a Public Private Partnership in Robotics in Europe. He has promoted the creation of more than 20  start-up companies active in the market of biomedical devices and services, and he is/has been a partner of 5 of these start-up companies.

Title of the talk: Robot Manipulation and Control

Professor Bruno Siciliano is Director of the Interdepartmental Center for Advances in RObotic Surgery (ICAROS), as well as Coordinator of the Laboratory of Robotics Projects for Industry, Services and Mechatronics (PRISMA Lab), at University of Naples Federico II. Fellow of the scientific societies IEEE, ASME, IFAC, he received numerous international prizes and awards, and he was President of the IEEE Robotics and Automation Society from 2008 to 2009. Since 2012 he is on the Board of Directors of the European Robotics Association. He has delivered more than 150 keynotes and has published more than 300 papers and 7 books. His book “Robotics” is among the most adopted academic texts worldwide, while his edited volume “Springer Handbook of Robotics” received the highest recognition for scientific publishing: 2008 PROSE Award for Excellence in Physical Sciences & Mathematics. His research team got 18 projects funded by the European Union for a total grant of 10 M€ in the last ten years, including an Advanced Grant from the European Research Council.