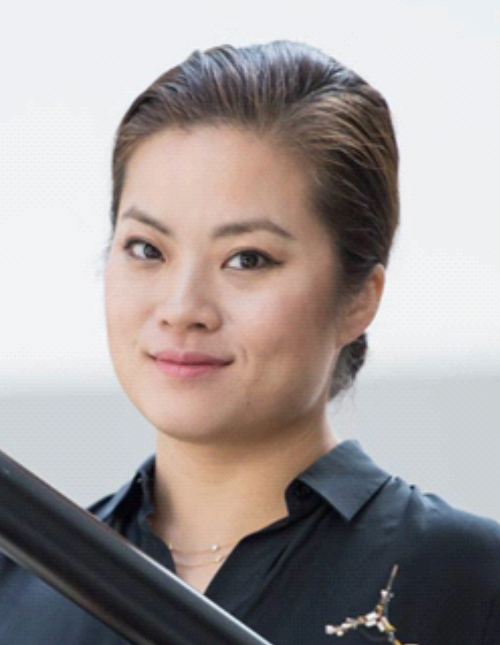 RECONFIGURABLE ROBOTS FOR SOFTER INTERACTIONS
Jamie Paik
Jamie Paik is director and founder of Reconfigurable Robotics Lab (RRL) of Swiss Federal Institute of Technology (EPFL) and a core member of Swiss National Centers of Competence in Research (NCCR) Robotics consortium. RRL’s research leverages expertise in multi-material fabrication and smart material actuation toward unique robotic platforms. At Harvard University’s Microrobotics Laboratory, she started developing unconventional robots that push the physical limits of material and mechanisms. Her latest research effort is in soft robotics and self-morphing Robogami (robotic origami). Robogamis transforms autonomously its planar shape to 2D or 3D by folding in predefined patterns and sequences, just like the paper art, origami. Soft material robots and robogamis are designed to be interactive with the users and their environments through both innate and active reconfigurations. Such characteristics of the RRL’s robots have direct applications in medical, automobile, space, and wearable robots. While this novel technology has been published in multiple academic journals such as in Soft Robotics Journal, IEEE Transactions in Robotics, Nature, and Science, RRL’s spin-off, Foldaway-Haptics, has pushed the boundaries of the industrial applications of these robots as seen in TED conference 2019. The latest robogami is part of Mercedez’s 2020 concept car, Avatar, presented during CES 2020.
ABSTRACT
The ultimate goal of any interactive robotics system is to have a cohesive solution to improve the human-machine interface. For such an interface, it is critical to realize a versatile and adaptable multi-degrees of freedom robot design. While the findings in soft robotics have broadened the application of robotics, they are still limited to specific scenarios. The next challenge is in pushing the boundaries of multi-disciplinary science interceptions simultaneously: materials, mechatronics, energy, control, and design. Such efforts will lead to robust solutions in design methodology, novel actuators, and a comprehensive fabrication and integration method of the core robotic components. This talk will highlight the recent progress in soft- material robots and origami robots that aim at achieving comprehensive solutions toward diverse “softer” human-robot applications. 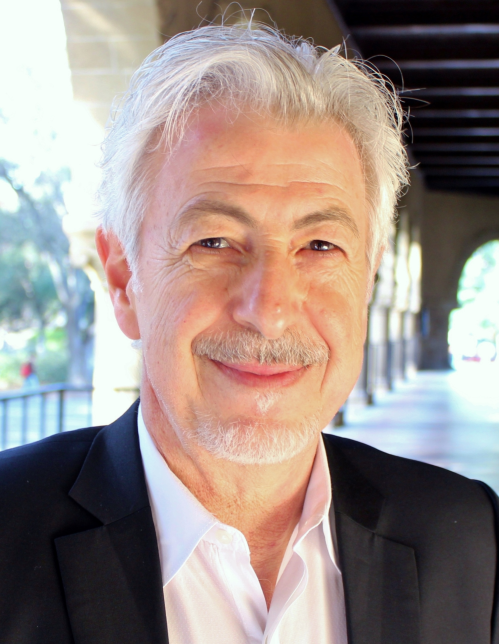 THE ERA OF HUMAN-ROBOT COLLABORATION
Oussama Khatib
Oussama Khatib received his PhD from Sup’Aero, Toulouse, France, in 1980. He is Professor of Computer Science and Director of the Robotics Laboratory at Stanford University. His research in robotics focuses on novel control architectures, algorithms, sensing, and human-friendly designs for advanced capabilities in complex environments. With an emphasis on enabling robots to interact cooperatively and safely with humans and the physical world, these studies bring understanding of human movement for therapy, athletic training, and performance enhancement. This work on understanding human cognitive task representation and physical skills is enabling transfer for increased robot autonomy. With these core capabilities, we are exploring applications in healthcare and wellness, industry and service, farms and smart cities, and dangerous and unreachable settings – deep in oceans, mines, and space. Professor Khatib is a Fellow of IEEE, Co-Editor of the Springer Tracts in Advanced Robotics (STAR) series, and the Springer Handbook of Robotics. He is the President of the International Foundation of Robotics Research (IFRR). He is recipient of the IEEE RAS Pioneer Award, the George Saridis Leadership Award, the Distinguished Service Award, the Japan Robot Association (JARA) Award, the Rudolf Kalman Award, and the IEEE Technical Field Award. Professor Khatib is a member of the National Academy of Engineering, NAE.
ABSTRACT
Robotics is undergoing a major transformation in scope and dimension with accelerating impact on the economy, production, and culture of our global society. The generations of robots now being developed will increasingly touch people and their lives. They will explore, work, and interact with humans in their homes, workplaces, in new production systems, and in challenging field domains. The emerging robots will provide increased support in mining, underwater, hostile environments, as well as in domestic, health, industry, and service applications. Combining the experience and cognitive abilities of the human with the strength, dependability, reach, and endurance of robots will fuel a wide range of new robotic applications. The discussion focuses on design concepts, control architectures, task primitives and strategies that bring human modeling and skill understanding to the development of this new generation of collaborative robots.

MICROROBOTICS AND NANOMEDICINE: FUTURE DIRECTIONS IN MEDICAL ROBOTICS
Brad Nelson
Brad Nelson has been the Professor of Robotics and Intelligent Systems at ETH Zürich since 2002. He has over thirty-five years of experience in the field of robotics and has received a number of awards in the fields of robotics, nanotechnology, and biomedicine. He serves on the advisory boards of a number of academic departments and research institutes across North America, Europe, and Asia and is on the editorial boards of several academic journals. Prof. Nelson is the Department Head of Mechanical and Process Engineering at ETH and has been the Chairman of the ETH Electron Microscopy Center and a member of the Research Council of the Swiss National Science Foundation. He also serves on boards of three Swiss companies and is a member of the Swiss Academy of Engineering (SATW). Before moving to Europe, Prof. Nelson worked as an engineer at Honeywell and Motorola and served as a United States Peace Corps Volunteer in Botswana, Africa. He has also been a professor at the University of Minnesota and the University of Illinois at Chicago.
ABSTRACT
While the futuristic vision of micro and nanorobotics is of intelligent machines that navigate throughout our bodies searching for and destroying disease, we have a long way to go to get there. Progress is being made, though, and the past decade has seen impressive advances in the fabrication, powering, and control of tiny motile devices. Much of our work focuses on creating systems for controlling micro and nanorobots as well as pursuing applications of these devices. As systems such as these enter clinical trials, and as commercial applications of this new technology are realized, radically new therapies and uses will result that have yet to be envisioned. 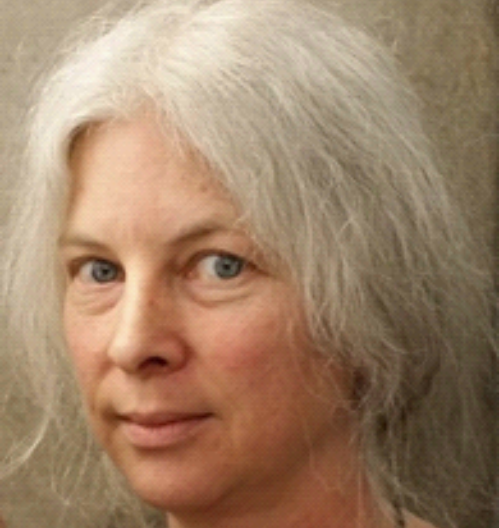 INSECT-INSPIRATION FOR ROBOT NAVIGATION
Barbara Webb
Barbara Webb completed a BSc in Psychology at the University of Sydney then a PhD in Artificial Intelligence at the University of Edinburgh, during which she established a novel methodology of using embodied robot models to evaluation biological hypotheses of behavioural control, with a particular focus on insect sensorimotor systems. She has held lectureships at the University of Nottingham and University of Stirling before returning to a faculty position in the School of Informatics at Edinburgh in 2003. She was appointed to a personal chair as Professor of Biorobotics in 2010. Since that time the focus of her research has moved towards more complex insect behavioural capabilities, such as learning and navigation, implemented in neural models and tested on robot platforms.
ABSTRACT
Many insects have excellent navigational skills, covering distances, conditions and terrains that are still a challenge for robotics. The primary sense they use is vision, both to obtain self-motion information for odometry, and to establish visual memories of their surroundings to guide homing and route following. Insect vision is relatively low resolution, but exploits a combination of sensory tuning and behavioural strategies to solve complex problems. Prof. Barbara Webb will provide an overview of her current understanding of the key mechanisms in the insect brain that support their navigational skills, and how she and her team have modelled these using terrestrial and flying robots.